Throw out social media drama, forget Facebook statuses about raising money for impoverished children, and don’t worry about the constant sharing/posting of generic memes. There is something that draws the ire of people perhaps even more than any of the above listed social media no-nos. 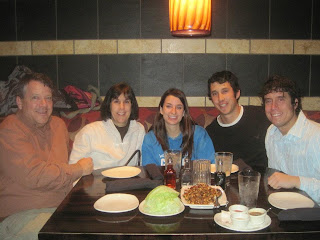 Everyone loves a family food picture!!

Food pictures have a time and place, just like any other piece of content on social media sites. Something that works great for Facebook does not mean it works great for Twitter.  Something that works great for Instagram does not always work great for Facebook. As I am quite fond of preaching, take very special care not to post the exact same content simultaneously through multiple social media outlets. Not only is there not a perfect translation between different SM outlets, it is also just a sign of laziness. What is escalating this food picture problem so much are the people who use their iPhones to quickly take a picture of their dinner, filter it through their photo sharing app, and then check the option to share it across every single one of their social media accounts.

There is absolutely no reason to consistently share your food pictures on your Facebook wall. There is also no need to constantly tweet out photos of your latest meal either. What you are about to shove down your face is simply not important enough to clog your friends’ newsfeeds with. Constantly posting these photos is not just annoying for your friends, it also dilutes your own personal content. Facebook is such an amazing personal branding resource, use it to showcase selling points about yourself, not to take up space with a picture of the greasy hamburger you are about to eat. 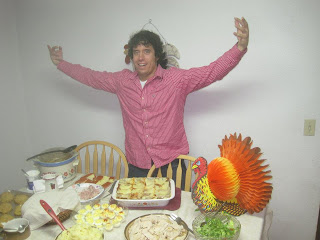 Probably one of the most cliche food pictures is the “holiday meal” snap shot.

Believe me, I am not saying that food pictures need to be completely banned from Facebook and Twitter. Sometimes, you will come across a meal that is deserving of the prime real estate on your Facebook wall or your Twitter timeline. When you do take a picture of that gigantic birthday cake your girlfriend made you as a surprise or you are in Mexico and about to dig into a platter of fajitas that still has the steam rushing from it, go ahead and share! Once in a while is fine, multiple times each day is not.

For those of you who can’t resist sharing your more mundane food pictures on Facebook, let me offer a suggestion: Incorporate them into a general album with a bunch of other pictures. For example, when I go on vacation I usually come back with some food pictures. However, I post them at the same time as I post 190 other pictures. This makes it so I don’t have a ridiculous spot on my Facebook devoted to some spaghetti dish and it fights against angering the people who don’t want to see a random food photo on their newsfeed.
If you love food photos and don’t have Instagram yet, you must really not love food photos. In my opinion, Instagram is a totally legitimate social media outlet to post any and all food photos you desire. This service is all about posting both the unique and everyday things of life. With all the effects/filters that Instagram offers, you can make food look really cool. I make no apologies about posting my food pictures on this outlet because that is what it is there for. It is the antithesis of Facebook and the rules are much different. Just make sure to refrain from making the all-too-easy mistake of turning the Facebook button to “on” when posting to Instagram.
Before closing out, as a person who does enjoy taking pictures of food, I would like to try to explain the appeal to everyone out there who despises the practice. Many of us take pictures for the memories. Well, for us people who take pictures of food, we are doing nothing more than recording memories as well. Upon looking at a photo of a meal I ate two years ago, my mind will be flooded with memories of where I ate it at, who I ate it with, what was going on while I ate it, and of course, how it tasted. Yes, a simple picture of a plate of food can bring out so many details and memories. Also, for many, food is a thing of beauty. As a guy who loves food, I also like pictures of food. I like the way food is presented, the colors it contains, the size it is. I understand, many people could care less. But for people like me, it turns out to be a great picture. Taking pictures of food also serves as a great comparison tool as well. In the past few months, I have probably taken ten pictures of different macaroni and cheese dishes. I am working on a project where I will create a montage of all these different mac and cheeses…it is going  to be very cool. 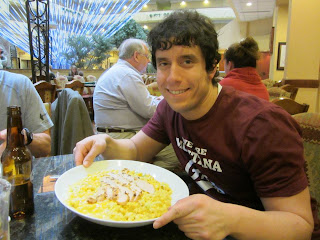 Me with one of my many mac and cheese dishes. This one is from Albuquerque!

As always, think hard before posting something onto social media. Don’t just think on a personal level but rather think about how everyone else will react when they see what you post. If the worst thing you ever do on social media is post too many pictures of what you eat, you are really not doing too bad. But it never hurts to clean up a little bit and be even better. Bon Appetit. Don’t Blink.